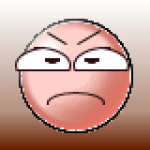 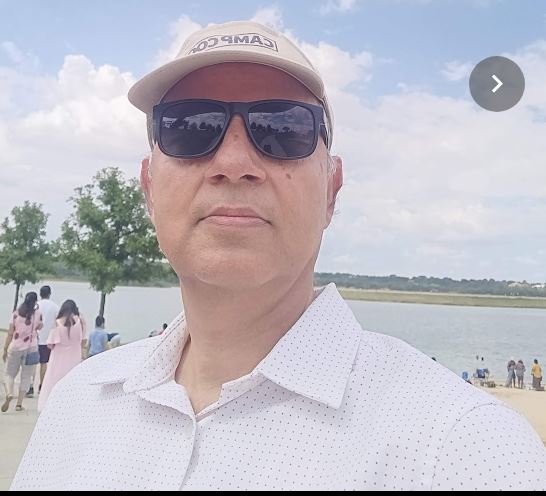 I was a science student. I am a person who has been carrying materialistic thoughts for half of my life. I have always stood for materialism. At the age of 46, I was diagnosed with liver cirrhosis, which I did not know before. After sometime of being diagnosed, I suddenly passed out and my son brought me to hospital. After reaching the hospital, doctors were trying to treat me; however, I went into a coma for a week. During that time, the doctor lost hope and said that there is no chance of survival. Doctor from the hospital called my family members because I was near death. Later, all my relatives and family members were able to know about my critical situation. Doctor told me later that it was unbelievable and miraculous to come back conscious from a coma.

I suffered from the disease for about three years and many times I was on the brink of death. I have never thought that I would survive by carrying someone else’s liver in my body. Sometimes I feel that I have two humans inside me. I will always remember and thank the person who donated me his liver. Because of him, I am still alive in this world with his organs. Nobody knows what could happen anytime in their life. All the living creatures are mortal. Although anyone has the possibility of unexpected death. How can I trust my own long life? Sometimes my mind is in bad omen.

I have written all the above statements in my book, called “Kalejo Phereko Manchhe”, in Nepali that means liver transplanted man. I have seen my death very closely. I have suffered, I got to assimilate. Anyone could think America has prosperity and modern scientific prowess and it may look easy to transplant organs. But it is not as easy as everyone can think of. I was so lucky to get an opportunity to transplant my liver on time because more than 20% of patients die while they are waiting for an organ transplant.

After my transplant, I’ve turned to spiritual life. Science is based on proven facts while spirituality is transcendental. The feeling is deeply imprinted in my heart but these things have no proof or evidence. When I started to experience it, then I began to feel it. Spirituality is a warehouse of all kinds of knowledge. I used to understand that spiritual means only religious. I got distracted from materialism. But after the transplant, I tried to research spirituality. Now I am on to it.

I was born in Hindu Brahman family, but I never followed religion. I didn’t study the Sanskrit language. I never used to follow our religion and tradition. I was not interested in these things before. So I never studied our Hindu culture, religion and tradition. In fact, I boycotted the Sanskrit language even though my father was a Pandit. I didn’t follow the path as he showed me, but I walked the other way. He always told me that he didn’t mind what courses I studied, but I have to read “Bhagavad Gita”. If a person dies without acquiring the knowledge of “Bhagavad Gita”, they never become free from hell.

Every time when you read Bhagavad Gita, you will find a new meaning and knowledge of it. Of course, there are four Veda, eighteen Puranas and thirty-six Upanishads in Vedic Sanatan (Hindu) holy books. Even if you put all these great Puranas on one side, the other side of this subtle Bhagavad Gita is broad. The knowledge of Bhagavad Gita was obtained from the mouthpiece of Lord Krishna.”

My father died when I was 22 years old. Before dying, he said “now it’s time for me to go. I have to sleep beneath the Monastery of Tulsi (holy Basil).” He asked us to clean the Monastery of Tulsi with cow dung, we did as he said. We brought our father to lay down on Kushasan with a clean bed cover. He told us to put a little water with holy basil in his mouth.” He swallowed water and he died (Param Dham). I have never seen anyone dying in such an awake state. He died in a state of being awake, telling my family don’t be panic and  mourn. Now I understand the secret of dying in the waking state. Very few human beings could leave this planet happily and embrace death. Now I am trying to understand the process.

Nepali poet Bal Krishna Sam wrote, “knowledge dies with laughing and science dies with crying.” The invention of science must be for public welfare. If the invention of science reaches the wise man, then it will become beneficial for the welfare of the people. If it reaches the hands of the dictator, then it will destroy human beings. It is a vivid example of the nuclear invention.

If a wise ruler used the same energy, then it would be productive to the welfare of human beings. However, if the same energy falls into the evil rulers, it can destroy human beings and nature. Science is a tool and if it is handed to the correct person, then it will be utilized wisely. That’s why the poet Bal Krishna said that science dies with crying. You cannot say that there was no science in the ancient time, they were just hiding it so that the invention could save and won’t destroy human beings or nature.

Millions of years ago, our sage muni (inventor) had researched the planets, Nakshatra, and the lunar solar eclipse. They have invented 7 days of week, days, 12 months and their name, they have also made 365 days in a year.  Modern astrologists could not find out the difference. Why could they not make 13 months in a year or 10 days in a week? They could not even make 400 days in a year. Therefore, many scientists and meteorologists  followed Eastern philosophy. All these things were obtained from spiritual knowledge by saga rishi muni.  The Light of the Knowledge is called the spiritual. To know spirituality, you need to understand the root, physical, immaterial, conscious, unconscious, visible, invisible power and natural regulation of the entire universe and existence of the soul-spirit.

Spirituality is the ocean of knowledge. Just like the sky can’t be touched. In the same way, the knowledge of spirituality is vast and huge. Therefore, I have come to believe that science is a partial child of spirituality. Materialism is a part of spiritual science.  It is the study and research of material things and its existence from nature.

I was already on the planet. Spiritualism is the ultimate knowledge beyond matter.  In fact, the roots of science begin with spiritualism. No idea can be invented unless an idea is born in the human mind. The seed of that thought is spirituality. Thought is not a material thing. Only with the development of that seed does something new emerge in this world. Discovery and invention of the latest things is possible. This is the truth. Spirituality is not a religion. Religion is not spiritual either. People have narrowed down religion to spirituality. I think they have told a complete lie. Spirituality is the infinite storage  of knowledge in the world.

Spirituality is the regulation of the creation and nature of the universe created by the Lord with cosmic power. Many people weigh religion and spirituality on the same scale. These two things are the difference between heaven and earth and I have realized that they are different. To accept the existence of the Supreme God is to seek realization and intimacy, and to acquire real knowledge of life and the universe is to assimilate spirituality.

It is necessary to have a positive and equal attitude towards the world and living beings and to put it into practice.  You can see that people are not able to breathe a sigh of relief even when they are playing with material prosperity.  He seems to be committing sins by not being able to change his nature even after gaining more wealth than he needs.

People with such tendencies do not hesitate to show their religion in the society by carrying the hypocrisy of religion. Men haven’t  missed calling themselves spiritualists. In our society there is a belief that people who study Sanskrit are religious and spiritual. But that is not true. Scholars consider themselves to be great religious and spiritual by narrating the romantic stories of the Upanishads. These Upanishads are literary novels of ancient writers.

I think that if the story of those novels is considered as scripture, then our Eastern philosophy will be tarnished. Those stories have no relation  with spirituality. The state created by a phenomenon that happened in my life. It made me feel that my spiritual thoughts and interests had developed in my heart. Even though there is not much education and wisdom.

I have tried to understand with my intellectual ability to find out about spirituality. What is religion really ? How did spirituality and religion originate ? How are the rulers of most of the nations exploiting society by making religion politics ?  By dividing people into religions and castes did people rule by subjugating people like animals ? Not only Hindus, even  other religions do as  in the world.

They worship and adore their favorite deity. They do not accept the existence of gods and others and believe that their religion is good and great. They do not hesitate to attack followers of other religions when the opportunity arises. But even among these believers there are some people who see this world and life equally and love this nature. Some people believe that  human service is the real religion.

All creatures have compassion for the universe. I have tried to understand and establish an exploration of spirituality in my heart now. I have started to look at the whole world with my life as a witness.  I have tried to free myself from sin. Even though I don’t understand Sanskrit as my father said, I have tried to assimilate the knowledge of Bhagavad Gita with the help of language translation.

I have taken the path of spirituality by adopting positive thinking to purify my mind and soul.  There are many examples in the world where less educated people have shown greater research and invention  than most educated (certificate holders). Education can be obtained from school or college.

But knowledge comes from the soul’s Spirit.  Knowledge is the ability to support life, while education (certificate) is only a means of earning a salary for some time. Then that is a piece of paper. I am not trying to insult an educated person. It is just that all educated people are not wise and good. An educated person has the ability to attain enlightenment quickly.

But the pride of education has always tried to keep him away from enlightenment and wisdom. Therefore, the identity of an educated and knowledgeable person depends on his behavior. I have not tried to show philosophy at all. I am in the process of advancing on the path of spirituality as a small effort by including my intellect.

I am  trying to understand and even the thoughts that I feel. I was gradually writing a column titled on the path of spirituality. There are definitely many weaknesses and  mistakes in this column. I will follow the advice and suggestions of the people.